In a large bowl, toss the shrimp with the garlic, 2 tablespoons olive oil, and a generous sprinkle of salt. Let the shrimp sit at room temperature for 30 minutes.

Bring a large pot of well-salted water to a boil. Squeeze both halves of the lemon into the water and drop in the lemon halves.

Plunge the lobsters into the water, cover, and cook for 4 minutes. Carefully remove the lobsters from the water and let them cool. The lobsters will NOT be cooked through at this point.

Preheat a grill to medium.

Cover half the grill with 2 layers of aluminum foil and place the shrimp in a single layer on the foil (this will prevent the shrimp from falling through the grates). Grill the shrimp on both sides, until pink and opaque, 2 to 3 minutes per side. Remove the shrimp and transfer to a large bowl.

While the shrimp are cooking, use the other half of the grill to cook the corn until charred on all sides, about 10 minutes. Remove the corn and let cool. Cut the corn off the cob and add it to the bowl with the shrimp. Holding the corn vertically on your cutting board, run your knife up the cobs to get the lovely little remnants of the corn kernels and add these to the bowl as well. Be sure to get these…they are sweet and delicious and not to be missed!

Toss the cherry tomatoes and onions with the shrimp and corn. Add the vinegar and a few drops of olive oil. Stir to combine and season with salt. Taste and reseason if needed. Reserve.

Twist the claws off the lobsters and set aside. Using a large, very sharp knife, cut the lobsters in half lengthwise. Commit to this — you can do it! Remove the contents of the cavity and discard. Save the tomalley (the green stuff) and the coral (the red stuff), for another purpose if desired.

Place the lobsters cut side down on the grill along with the claws. Grill the lobster for 10 minutes and the claws for 15 minutes, being sure to turn the claws halfway through cooking.

Transfer the lobsters to serving plates—2 halves, cut side up, and 2 claws per plate. To serve, add the basil to the shrimp corn mixture and spoon it into the cavity of each lobster.

Get the latest diabetes news and a free gift! 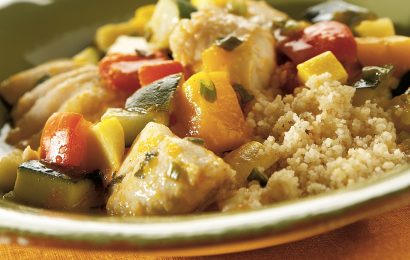 This meal requires just a saucepan and a skillet for preparation. Ready in just about 30 minutes, it’s a perfect blend of flavors, with the … END_OF_DOCUMENT_TOKEN_TO_BE_REPLACED 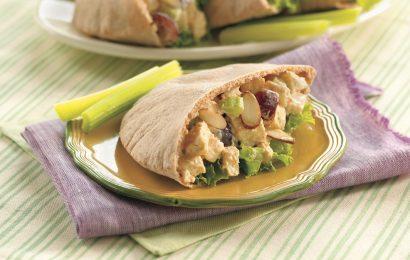 Tired of the same ol’ peanut butter and jelly sandwiches for lunch? Give these Mediterranean-inspired pitas a try! They take just a few minutes to … END_OF_DOCUMENT_TOKEN_TO_BE_REPLACED 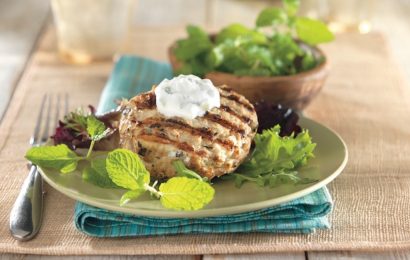 Preparing for a cookout this weekend? These low-carb bunless turkey burgers are sure to be a hit! Featuring juicy turkey patties topped with a bacon … END_OF_DOCUMENT_TOKEN_TO_BE_REPLACED 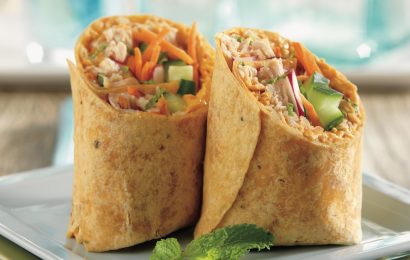 Quick and easy to prepare, these are a great lunch or dinner entrée. Try substituting alfalfa sprouts for the radishes for a yummy new variation. … END_OF_DOCUMENT_TOKEN_TO_BE_REPLACED

You must be logged in to write a review.