There’s something irresistible and alluring about potato chips. The combination of salt, fat, and crunch proves to be the downfall for anyone who tries to avoid the temptation. One brand even taunts consumers with the tag line “Betcha can’t eat just one!” It really does take iron willpower to not gobble down the entire bag. And if you’re a potato chip lover, you’re in good company: According to Statista, in 2020, 34.69 million Americans ate an average of 16 or more bags of chips!

Not only do Americans love their chips, but they also love all kinds of flavors of chips. Besides “plain,” cheddar and sour cream, barbecue, sour cream and onion, jalapeño cheddar, and salt and vinegar rank high on the list, per the website Nutritionix. How “bad” are potato chips, really, and can you eat them if you have diabetes?

The story goes that a man named George Crum invented potato chips. He was working as a chef at a resort in Saratoga Springs, New York, in 1853. A disgruntled diner complained that his French fries (popular since the 1700s) were too thick and he sent them back to the kitchen. Crum trimmed them down a couple of times, making them super thin and essentially creating the first potato chips! The chips became known as Saratoga Chips and were a hit on the menu.

But not so fast — some historians dispute the role of Crum in potato chip invention. Crum’s sister claimed that SHE invented the chip by dropping a thin potato slice into a pot of boiling fat. Several others have been credited for introducing potato chips to America, as well. We may never know the exact story, but suffice it to say that potato chips are here to stay. For more on the history of potato chips, visit History.com.

Today, potato chips are multibillion dollar industry, with Frito-Lay raking in the majority of profits. Other top vendors are Kellogg, Cape Cod Potato Chips, and Utz Quality Foods, according to Statista.

We know potato chips are popular. We even know that 11.2 million pounds of chips are gobbled up on Super Bowl Sunday. But how good — or bad — are potato chips, in terms of nutrition?

Potato chips start out OK. The potatoes are washed and peeled. Then, they are sliced by a machine to 1/20th of an inch thick. The slices are washed and dried, and then moved to the fryer (which is filled with hot oil). Once they’re cooked, the chips are lifted out of the oil, salted (most of the time), and sometimes seasoned. They’re then packaged and sent off to stores.

Things go a bit awry during the frying and the salting processes. For comparison purposes, let’s look at the nutritional value of a baked potato and a handful of chips:

Potatoes are more than just a bunch of starch. Yes, they contain carbohydrate, but with portion control, they can fit into a diabetes eating plan. They have practically no fat (and no saturated fat), and they have a decent amount of fiber, and protein, too. Plus, they’re super low in sodium. And let’s not forget that potatoes are a good source of vitamin C, potassium, B vitamins, zinc, and antioxidants.

A handful of chips may have almost the same amount of calories as a medium-sized baked potato, but note that the fat (and saturated fat) has skyrocketed. The sodium is significantly higher, too. On the other hand, the grams of carb come in at 14 grams, which is one carb serving. And chips do contain some B vitamins, as well as potassium.

Can you eat potato chips?

Yes. But given that potato chips are deep fried and heavily salted (usually), they don’t exactly rank at the top of the healthy snack list. Constant snacking on chips can contribute to weight gain (which, in turn, can impact your blood sugars), and may also adversely affect your blood pressure and your cholesterol.

Another concern with chips is the cooking process: When starchy foods are cooked at high temperatures, a substance called acrylamide can form. Acrylamide can cause nerve damage and is classified as a “probable human carcinogen.” An occasional treat of potato chips is fine, but a steady diet is not advised.

If you can’t bear the thought of giving up chips, you might be wondering about some chip “alternatives:”

They are indeed baked — no oil used during the cooking process. However, they can be higher in sodium, so read the label and watch the serving size.

These have less sodium but pretty much the same amount of fat and calories as regular chips. And no, these chips don’t count towards your daily vegetable servings, either.

These are chips are made by heating potatoes in a pressurized chamber and then quickly released. They’re lower in calories and fat than regular chips. The sodium content varies, based on the flavor, but the “regular” flavor has about the same amount of sodium as regular chips.

You can also try your hand at making your own potato chips that are baked in the oven — no deep frying needed! You can decide if you want to add salt or not, and you can also season them with your favorite herbs and spices. Check out this recipe from The Spruce Eats. But go easy — you might be tempted to have more than one!

Potato chips are here to stay, and no one ever said that chips were a health food. If you love your chips, go ahead and enjoy in moderation. Balance those chips out with other, healthier food choices (and maybe don’t eat them out of the bag!). 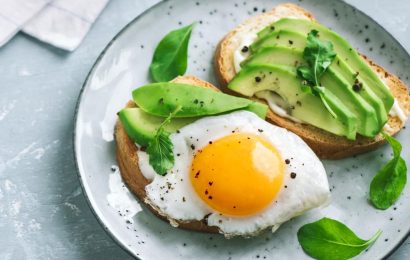 Is breakfast all that it’s cracked up to be? And if you’re not a fan, are you losing out on health benefits by skipping this meal? Read on to find out! 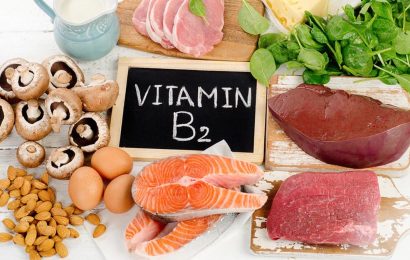 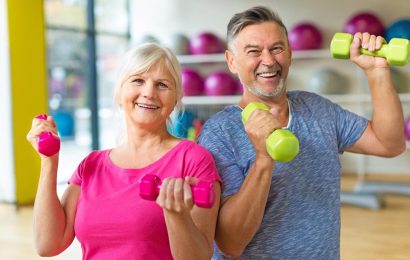 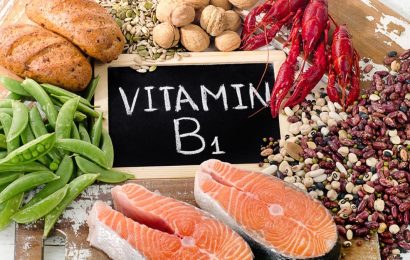