When cold weather creeps up, it’s natural to seek warming, comforting foods to keep the chill away. Soups and broths are especially popular during the fall and winter months. One type of broth, in particular, has risen in popularity over the past few years, and that’s bone broth. What exactly is bone broth, and does it live up to its health claims? Read on to find out!

What is bone broth?

Bone broth, as the name implies, is made from meat bones (e.g., beef, pork, lamb, venison, chicken, turkey, fish), water, vegetables, herbs, and spices. Sometimes vinegar is added to release nutrients from the marrow in the bones and break down other tissues. The concoction is then simmered for at least a few hours, and even up to 24 hours.

Pretty much any type of animal bones can be used, and the bones may have some meat attached; they may also be roasted beforehand. Cartilage, tendons, and skin are sometimes added, too. While this may sound just like broth you might make from a chicken carcass, for example, the difference is that bone broth is cooked for a longer amount of time to extract nutrients. When bone broth comes to room temperature, it may have a jelly-like consistency due to gelatin from the bones.

What’s the origin of bone broth?

Throughout history, bone broth has been used to treat colds, asthma, and other ailments. Maimonides, a rabbi, was a proponent of chicken broth, and the roots of “Jewish penicillin” can be traced back to him. So, while bone broth is really nothing new, it came to the forefront when the Paleo diet become popular.

Is bone broth really a superfood?

Bone broth does indeed contain a lot of nutrients, such as protein, zinc, calcium, phosphorus, and magnesium. The amount of nutrients in bone broth varies, though, depending on how it’s made. You might think that bone broth is a fix for what ails you based on its numerous health claims. As tasty as it can be, much of the hype about this liquid is not quite true. For example, consuming bone broth is said to:

Are any of these claims true? Let’s look at some of the possible health benefits:

While bone broth won’t magically cause pounds to melt away, it’s filling and may help you eat less. And eating less and losing weight can help your diabetes, too.

There’s some evidence that chicken soup may help in fighting colds by clearing nasal congestion and thinning mucous. It also has some anti-inflammatory properties that can also help alleviate symptoms of colds and the flu.

Bone broth, as well any type of broth, stock, or soup, is a fluid and can help keep you hydrated.

Depending on how bone broth is made, there may be some protein in there from meat, cartilage, and tendons. Protein helps to support muscle, cartilage, skin, bone, and blood formation in the body.

Bone broth contains glycine, an amino acid, which may help improve the quality of sleep and lessen fatigue during the day.

Some of the claims about bone broth aren’t strongly supported by research. For example, there isn’t a lot of strong evidence that bone broth helps with digestion or gut health. However, a study published in 2017 in the journal Current Opinion in Clinical Nutrition and Metabolic Care showed that glutamine, an amino acid, helps to maintain the intestinal barrier in both animals and humans, and may improve gut barrier function. Bone broth is a source of glutamine, but when it comes to digestive health, more evidence is needed.

What about joint health? If bone broth contains collagen, wouldn’t that help with arthritis? Yes, bone broth does contain collagen, but collagen, like all proteins, gets digested into amino acids in the digestive tract. Your body then uses those amino acids for various purposes. In other words, getting collagen from food (or even supplements) does not mean that the body will use that to make its own collagen. The same goes for skin, nail, and hair health — collagen in bone broth doesn’t directly go to the skin, nails, or hair.

The bottom line is that bone broth doesn’t quite live up to all its health claims, mostly because there isn’t enough research yet to support them.

Is there any downside to eating bone broth?

As with any soup, stock or broth, bone broth can be high in sodium, depending on how it’s made. Too much sodium can cause fluid retention and raise blood pressure. Some people need to limit their sodium intake, including people with high blood pressure and people with congestive heart failure. Talk with your health care provider or dietitian about the amount of sodium that is safe for you.

Another possible concern with eating bone broth is the risk of consuming toxic heavy metals, such as lead. Animal and fish bones can contain toxic metals which are then released into the broth during cooking. It’s unlikely that the amount of lead would exceed levels deemed to be safe by the Environmental Protection Agency (EPA), but it depends on how much you consume. You should be especially careful about giving bone broth to infants and children.

Bone broths will vary in their nutrient content based on how they are made. According to the USDA Nutrient Database, 1 cup of homemade chicken or beef stock contains:

The amount of calcium, iron, potassium, and other minerals varies.

The website Nutritionix states that 1 cup of bone broth has:

If you purchase a premade bone broth, be sure to check the label for sodium. Ideally, stick with soups, stocks, and broths with less than 300 mg sodium per serving. Pacific Foods Organic Bone Broth — Chicken Unsalted has just 90 mg of sodium in one cup, as an example.

How can you make your own bone broth?

If you’re intrigued by bone broth and would like to make your own, check out this recipe from thekitchn.com.

Note that this recipe calls for mixed beef bones, but you can use bones from other animals, too, including ham bones, turkey bones, chicken bones, and even chicken feet! You can also mix and match different animal bones, as well. Use bone broth for sipping, but also in soups, stews, pasta dishes, and casseroles.

What should I do if I think my blood glucose might be low? 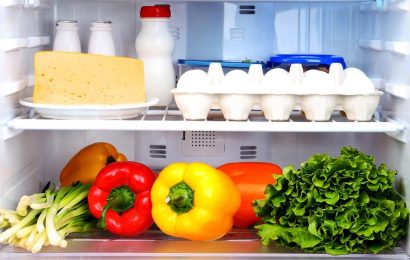 Learn some tips on how you can protect your food “investment” so that you reap the benefits of good nutrition, avoid foodborne illnesses, and save money at the same time… 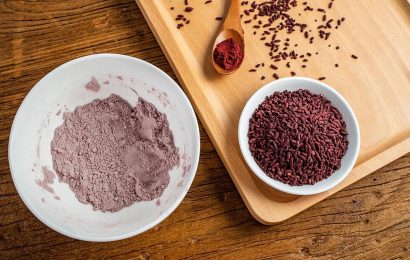 Red yeast rice is a dietary supplement that some people take in place of a statin to lower their cholesterol. What is red yeast rice? And is it safe to take? 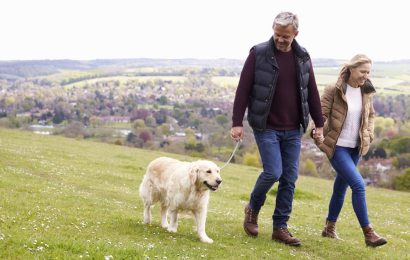 For those who aren’t ready to commit to a regular exercise routine, there are a number of ways to sneak exercise into your daily routine… 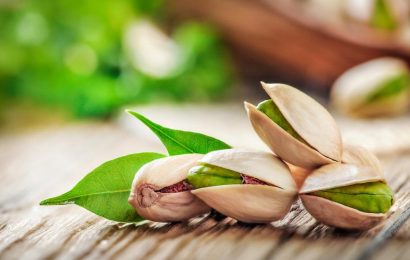 When it comes to eating with diabetes, there are free foods that you can eat that have little to no effect on your blood sugars…