If you have diabetes, there’s a good chance you’ve heard about prediabetes. In fact, if you have Type 2 diabetes, you may have been told at some point in the past that you had prediabetes. Or perhaps you were told that you had impaired glucose tolerance or insulin resistance – and if you’ve struggled to understand what these terms mean, you’re not alone.

Prediabetes is a condition in which blood glucose levels are higher than normal but not high enough to be diagnosed as diabetes. Some 35% of Americans over age 20, and more than 50% of those over age 65, currently have prediabetes. Prediabetes may also be called impaired fasting glucose or impaired glucose tolerance, depending on the type of blood test that was used to check a person’s blood glucose level. Some health-care providers may refer to prediabetes as borderline diabetes, but the American Diabetes Association prefers the term “prediabetes.” Studies show that people with prediabetes have an elevated risk of developing Type 2 diabetes within 10 years, especially if they make no changes to their diet or level of physical activity. (Click here to learn more about how prediabetes and Type 2 diabetes are diagnosed.)

However, if they do make healthful dietary changes, increase their level of daily physical activity, and lose some excess weight, many people with prediabetes do not develop full-blown diabetes. These same lifestyle changes can also help people who have Type 2 diabetes significantly lower their blood glucose levels and prevent long-term complications.

No one knows for sure why improved diet, increased exercise, and weight loss lower blood glucose levels and help prevent the progression of prediabetes to diabetes. But many scientists suspect that these lifestyle changes reduce insulin resistance, a condition that occurs when the cells in a person’s body (especially liver and muscle cells) lose some of their sensitivity to the action of insulin. With insulin resistance, more insulin is needed to keep blood glucose levels within normal limits. Over time, however, the pancreas may lose its ability to keep producing extra insulin, and blood glucose levels will rise.

Obesity, certain dietary habits, and lack of physical activity, along with genetic factors, increase a person’s risk of developing insulin resistance, prediabetes, and Type 2 diabetes. Individuals with Type 1 diabetes can also develop insulin resistance with weight gain and inactivity, resulting in a need for more injected or infused insulin. While you cannot change your genetic inheritance, you can reduce your level of insulin resistance through an active lifestyle, moderate weight loss if you’re overweight, and following a healthy diet.

How insulin works (or doesn’t)

Insulin is a hormone made in specialized cells of the pancreas called beta cells. Insulin is required to move glucose from your bloodstream into your body’s cells. Once glucose is in your cells, it is either used immediately for energy or put into storage for later use.

In Type 1 diabetes, the beta cells of the pancreas stop producing insulin, so insulin must be injected (or infused with a pump) to provide energy to cells and keep blood glucose levels within a desired range. Type 1 diabetes can develop very rapidly, often over a few months or even less time, and the condition cannot be reversed.

In prediabetes and Type 2 diabetes, on the other hand, the pancreas still produces insulin. However, two problems may be present. First, a person may experience insulin resistance, in which insulin becomes less effective at moving glucose from the blood into cells. And second, the pancreas may no longer make enough insulin to meet the body’s needs. When a person’s cells become resistant to the normal effects of insulin, the pancreas has to work harder to produce extra insulin in an effort to keep blood glucose levels in the normal range. Eventually, the pancreas can no longer keep up with the extra demand for insulin and blood glucose levels begin to rise.

According to Gerald Reaven, an endocrinologist and professor at the Stanford University School of Medicine (and the author of several books, including Syndrome X: The Silent Killer), the overwhelming majority of people with Type 2 diabetes and prediabetes are insulin resistant. In addition, many children of people with Type 2 diabetes or prediabetes are insulin resistant themselves and therefore have an elevated risk of developing diabetes later in life.

Although scientists don’t know the exact causes of insulin resistance, they are aware of several factors that promote it. These factors include obesity, an inactive or sedentary lifestyle, poor dietary habits, and family history (genes).

Your genetic inheritance, however, probably plays the biggest role in determining whether or not you develop insulin resistance. In fact, Dr. Reaven estimates that genes account for about half of your risk. But he also adds that while you may not be able to completely avoid or reverse insulin resistance if you have the genetic tendency for it, having a healthy lifestyle that includes regular exercise and nutritious food choices will definitely keep you healthier.

According to a joint statement on Type 2 diabetes and exercise by the American Diabetes Association and the American College of Sports Medicine, moderate activity can increase the movement of glucose from the blood to the muscle cells both during and up to several hours after exercise. In fact, evidence suggests that a single bout of moderate exercise (such as a brisk 30-minute walk) can lower blood glucose levels and reduce insulin resistance for up to 72 hours in some people. Regular exercise can also help your body burn fat for energy.

The joint statement recommends exercising for a minimum of 150 minutes per week for people with Type 2 diabetes or prediabetes. Practicing your favorite form of movement (brisk walking, Zumba, hiking, biking, or other moderate to vigorous activity) in bouts of 10 minutes or more, and with no more than two days between exercise sessions, will produce the best results. In addition, resistance exercise (such as weight lifting, Pilates, yoga, or other forms of exercise that strengthen, tone, and build muscle) should be practiced at least twice a week (but ideally three times) on nonconsecutive days.

Weight loss often has dramatic effects on blood glucose levels. In fact, both Reaven and Wood state that losing 10–15 pounds is the best thing most overweight people can do to reduce insulin resistance. Weight loss requires burning more calories than you take in, and combining dietary changes with exercise is the most effective way to lose weight and keep it off.

Avoid fad diets, which often result in quick, but not lasting, weight loss. Instead, consider ways to reduce your calorie intake by 350–500 calories a day while adding about 30 minutes of brisk exercise. Slow, steady weight loss (about one to two pounds per week) resulting from gradual, sustainable changes in your diet and physical activity level is the healthiest way to reduce insulin resistance and get blood glucose levels under control.

Evidence strongly suggests that saturated fat and trans fat increase insulin resistance and adversely affect health in other ways – for example, by raising LDL (low-density lipoprotein, or “bad”) cholesterol levels and the risk of cardiovascular disease. Therefore, it is wise to reduce your intake of foods containing these types of fat.

Check out the ingredients lists on food products when you shop for groceries. If partially hydrogenated oil is an ingredient, the product contains trans fat and should be avoided. Foods that contain large amounts of saturated fat include cheese, butter, lard, sour cream, and meat. Cut back on these foods, and reduce your portion sizes when you do eat them.

The MyPlate guide from the US Department of Agriculture (USDA) is a great tool to help you plan healthy meals. This guide recommends that you fill most (more than 3/4) of your plate with nutrient-rich, low-fat plant foods, including vegetables, fruits, and whole grains. By filling up on these foods, while taking care not to add a lot of high-fat condiments such as butter, cheese, or sour cream, you can reduce your intake of calories and saturated fat. A smaller space on the plate is reserved for high-protein foods such as meat, chicken, fish, or eggs. Visit www.choosemyplate.gov for more information.

Whether you have prediabetes or Type 2 diabetes, dietary changes, increased physical activity, and weight loss – along with oral medicines or insulin, if needed – can lead to positive health changes. Dr. Wood advises that “whatever diet you are on, just eat less of it, become more active, and fine-tune your diet (with better fats, more fiber, etc.) along the way.” Especially if these changes result in weight loss (but even if they don’t), you can significantly lower your blood glucose levels, reduce your risk of heart disease, and enjoy the energy and confidence that comes with better overall health.

Also in this article:
Advertisement 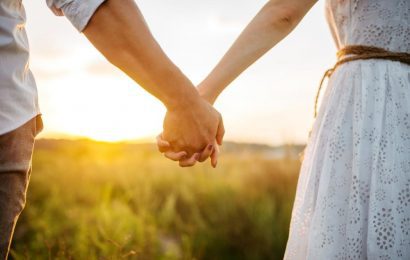 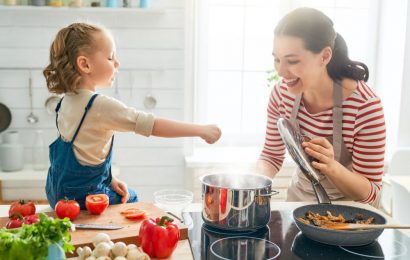 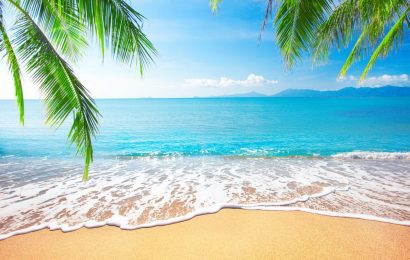 When it comes to managing diabetes during the summer, Dr. Oz is full of advice and ideas to survive and thrive over the next few months… 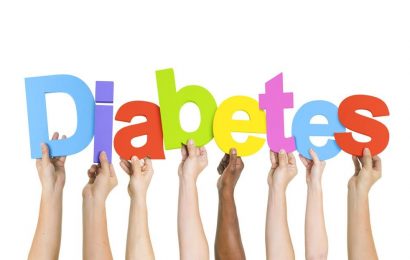 If you have type 2 diabetes, you might be wondering if it will ever “turn into” type 1 diabetes. It’s understandable that you would think about this, especially if you take insulin…