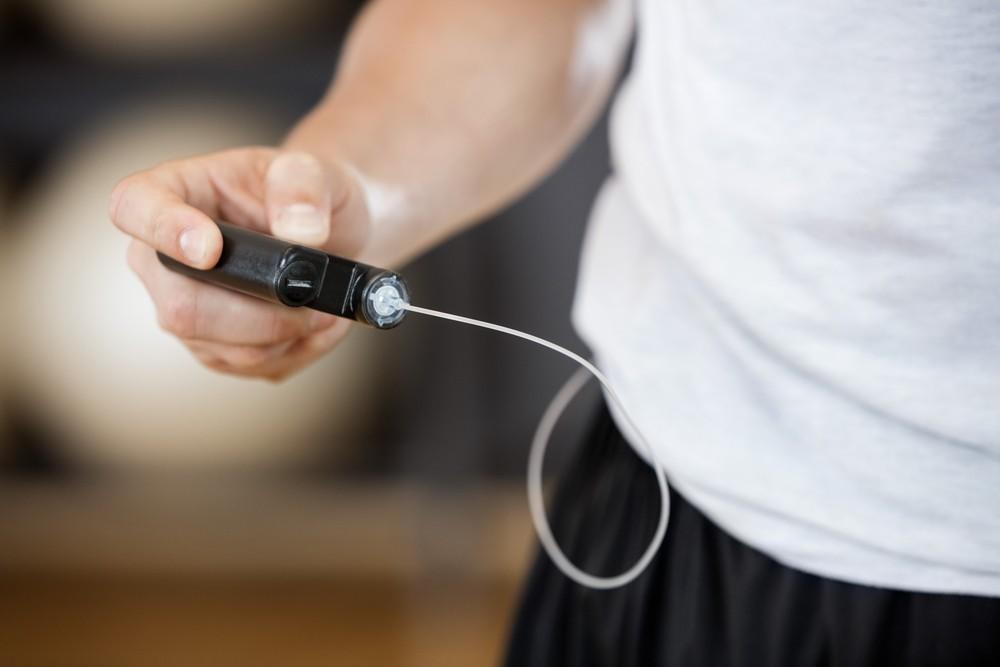 In today’s busy clinical practice, time is of the essence. When patients arrive with devices ready for downloading, we must access reports that allow for quick analysis, generate the right questions and lead to sensible conclusions.

Adoption of continuous glucose monitors (CGMs) is growing rapidly among health-care providers and their patients, particularly for patients who take insulin. A multitude of systems are now available: Dexcom’s G5 and G6, Medtronic’s Guardian Connect and sensor-augmented pumps, Abbott’s Freestyle Libre and Senseonics’ Eversense. Each system has its own report-generating software, and there are a number of “midware” programs that can merge the data from multiple devices including CGMs.

Each software program has the ability to generate a variety of different reports. All have the ability to produce statistical summaries that can be useful for evaluating general glycemic control and tracking progress from one appointment to the next. For example, the average (mean) glucose correlates closely with A1C. The standard deviation or coefficient of variation provides some insight regarding overall glucose variability. In addition, the frequency of high/low alerts allows us to see how often the patient is approaching potentially dangerous excursions. However, the granddaddy of all stats is the percent of time spent above, below and within one’s target range. This is probably the best measure of the quality of one’s glucose control, as opposed to the others which represent quantity metrics.

Beyond statistical summaries, trend graph reports offer insight into the specific nature of patients’ glucose levels throughout the course of the day and night. Most software can generate three types of trend graph reports: individual day reports, multiple-day overlays and summary graphs ,which take the form of either hourly summaries or the popular “ambulatory glucose profile” or “AGP.” Let’s take a look at some of the unique aspects of each.

Individual day trend graphs provide a granular look at glucose values on a single-day basis (see Figure 1, below, for an example). When combined with pertinent information such as food intake, insulin doses and physical activity, it is possible to observe cause-and-effect relationships on daily trend graphs. Basal insulin doses can be evaluated by observing glucose stability between prolonged intervals of meals and boluses. But without knowing the timing and nature of these types of daily events, the graphs lack context. It is difficult to observe repeated daily trends, even when the graphs are laid one above another (as in Figure 1). Determining the extent of post-meal glucose spikes or timing of hypoglycemic events, for example, requires a detailed review of many daily reports, which can take up valuable appointment time.

In search of a more user-friendly way to visualize CGM data, the International Diabetes Center developed the “Ambulatory Glucose Profile” (or AGP) report. AGP is a standardized report that breaks CGM data down in five-minute intervals and displays it in a graphic format in order to show daily ebb and flow. The report includes a median line, a shaded area that includes the middle 50% of readings (25% above the median, and 25% below) for each hour, and another shaded area that includes the middle 80% of readings (10% of readings are above the high end, 10% of readings are below the low end). Slight variations of the AGP are provided by a variety of downloading/reporting programs, but the basic premise is about the same. See example below in figure 2.

The essence of an AGP report is its uniformity and simplicity. The times of day when the blue shaded areas reach beyond high and low target levels, there is reason for concern since a significant amount of time (more than 25%) is spent either above or below one’s target range. The gray shaded area is more of a “gray area,” as glucose is only occasionally outside of the target zone. It is necessary to evaluate one to two weeks of data in order for the AGP report to have validity, since single high or low events can produce significant percentages of out-of-range readings when evaluating only a few days at a time. In addition, the times of day where the blue range is uncharacteristically wide (like a pig in a snake) represent periods of extreme glucose variability. This may be due to variation in food intake, stress levels or physical activity, or a lack of compensatory insulin/medication for these situations.

Unfortunately, while AGP reports look pretty and sound important, overall, they really do not offer much in the way of practical information. One of the greatest limitations of the AGP report is the relative inability to draw firm conclusions. Very few CGM users follow a consistent, regimented schedule in terms of meals, snacks, exercise, and sleep. For example, an early morning “dawn phenomenon” may not be captured in the AGP report if a patient’s sleep schedule changes from day to day. Post-meal glucose peaks may not appear for an individual whose meals start and end at different times throughout the week. Finally, it is often not possible to establish cause-and-effect relationships when looking at summaries of large sums of data.

Whether you’re trying to watch your carb intake or have an infant who likes to throw food, spaghetti can be a scary thing. Likewise, “spaghetti graphs” — the multi-colored sensor overlay reports from continuous glucose monitors (CGMs) — can be an intimidating eyesore (see Figure 3).

The fact is, sensor overlay reports (also called modal day reports) provide everything AGP reports yield, and much more. These reports provide meaningful insights that translate into relevant solutions. As with AGP reports, sensor overlay reports reveal times of day when glucose levels are often above or below the target range. In fact, they do a better job because they give the reviewer the opportunity to visually disregard rare outliers that can influence statistical summaries. They also show the glucose trend in a fasting state (for evaluating basal insulin). By being able to follow the tracing for individual days, the reviewer can also:

• Evaluate post-meal peaks despite the exact time the meal was eaten.

• Determine whether correction doses of insulin are routinely bringing the glucose level down too much, too little, or just the right amount.

• Uncover patterns that precede or follow periods of hypoglycemia.

There are also a few subsets of the sensor overlay report that can provide even greater insight. The “Sensor Overlay By Meal” (now called “Meal Bolus Wizard” in the latest version of Carelink Personal and Professional), lines up the time on the x-axis based on when a meal boluses are delivered. The overlaid trend graphs extend one hour prior to the meal bolus and three hours after the meal bolus so that the effectiveness of the dose can be seen rather clearly, along with the extent of the post-meal glucose excursion. See example below in Figure 4.

Another subset report, available when reviewing data in programs such as Glooko and Dexcom Clarity, is a daily overlay sorted by day(s) of the week. This report allows for a quick and easy evaluation of glucose patterns on weekends vs. weekdays, exercise vs. non-exercise days, work vs. off days, or any other semi-regular event that takes place in a patient’s life. You may notice that glucose levels are uncharacteristically elevated on many Wednesday afternoons, which can prompt a discussion with the patient to determine the likely cause.

“It’s rarely a good idea to make changes based on summary reports like AGP alone,” says Nicholas Argento, MD, an endocrinologist in central Maryland specializing in Type 1 diabetes. “That would be like assessing the patient based on just A1c or a single fasting blood glucose. There is a great deal to be learned from the details.”

The proof is in the pasta

To further reinforce the value of the sensor overlay (spaghetti) graph compared to the AGP, take a look at the AGP report in Figure 5.

It appears that the glucose levels are rising in the middle of the night and generally stable through most of the day. The only conclusion one might draw is that the basal insulin dose is too low during the early part of the night, or perhaps the that patient is not properly covering a late-night snack.

Now, take a look at the spaghetti report for the same patient, covering the same time period, in Figure 6.

This report also shows a fairly consistent pattern of rising glucose in the middle of the night. Notice the frequency of lows in the evening? The rises in the early part of the night can be traced back to these hypoglycemic events; thus, one might conclude that the patient is “rebounding” from the lows. Interesting to note that the one night not resulting in an overnight rise (Thursday) was preceded by an evening without a low. The elimination of the lows will likely prevent the nighttime highs. Therefore, it is possible that the dinner insulin dose is too aggressive. Or, based on the very rapid decline in the 8-9pm range, the lows may be related to evening exercise, which can be explored with the patient. Considerable post-meal “spikes” occur on some but not all occasions, and a discussion of proper insulin timing based on the nature (glycemic index) of the meal may be helpful. The one day with a significant morning spike (Friday) was preceded by a low blood sugar at mid-morning. Perhaps the patient is over-treating hypoglycemia. Also noteworthy: the glucose levels on Sunday were much higher and more erratic than the rest of the week. Yet another topic for discussion and problem-solving.

Clearly, from the standpoint of yielding useful clinical insight, the spaghetti graph wins. It still allows for a quick view of the overall state of glucose levels, and also helps to uncover potential cause-and-effect relationships. At a minimum, it lays the framework for productive conversations with the patient.
According to Dr. Argento, “The overlay allows one to drill down and figure out where the problems really are. It allows you to ask the right questions and come up with the right solutions.”

The bottom line: Don’t worry so much about all the carbs. Go ahead, and enjoy your spaghetti (graphs).

About our experts: Gary Scheiner, MS, CDE, is owner and clinical director of Integrated Diabetes Services, a private practice specializing in intensive therapy for children and adults. He has lived with Type 1 diabetes for 30 years, is a certified diabetes educator and was named Diabetes Educator of the Year 2014 by the American Association of Diabetes Educators.