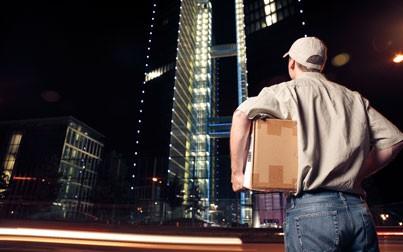 Chronobiology and the effects of circadian rhythms have been important foci of endocrinology research for well over 100 years. It is only with the development of new insulins, sophisticated glucose monitoring techniques and hormone immunoassays that it became apparent that circadian rhythms of hGH and cortisol exert a major impact on glucose metabolism, leading to the discovery of the “dawn phenomenon” and its hormonal mechanisms. The concurrent move toward greater glycemic control, culminating in the Diabetes Control and Complications Trial (DCCT) results, led to greater understanding of the dawn phenomenon and development of new pharmacologic and technical approaches to improve morning glycemic control without causing significant increased risk of nocturnal hypoglycemia.

Variations in sleep patterns cause significant changes in counter-regulatory hormone rhythms, leading to changes in insulin requirements. These changes are particularly relevant for people who are employed in careers requiring shift work that changes from day to evening or night work. Extensive literature shows that shift work increases insulin resistance, the risk of Type 2 diabetes and related metabolic abnormalities of the metabolic syndrome. A British study of 4,000 randomly selected individuals with diabetes found that shift workers with diabetes complained of higher rates of headache and tiredness. As more insulin-treated people (both Type 1 and Type 2) enter the work force, this issue has become a significant concern for occupational medicine physicians. A recent email to the ADA Legal Advocacy listserv (HCPLEGALADVOCACY@LIST.DIABETES.ORG) asked for advice on diabetes management in workers whose jobs require changing shifts. The replies were collated and edited. Here they are.

I am posting a question on behalf of an occupational medicine physician for your consideration.
“Does anyone have guidance or resources on shift work assignments in patients with insulin-dependent diabetes? It has always been my practice to advise against rapidly changing shift work for these patients, but some of our facilities want more guidance than this. Is there a generally recommended period of time between shift changes that anyone would advise, in the interests of the patient adjusting eating schedules and insulin doses in order to maintain control of insulin-dependent diabetes?

What has been your practice for such patients? Is there any guidance out there on this subject (shift work and insulin-dependent diabetes) that I can reference?”

“This issue is complicated by another factor that is gaining more widespread attention among chronobiologists—the role of ‘social jetlag.’ Social jetlag represents the mismatch between your own biological clock’s timing (i.e., whether you are an ‘owl’ or a ‘lark’) and your social clock (i.e., whether you work a night shift, day shift or variable shift). In fact, a very recent Dutch study demonstrated that those with a median age <61 and a circadian misalignment of more than two hours had a nearly twofold greater risk of metabolic syndrome, Type 2 diabetes or prediabetes. This study just adds to the body of literature demonstrating the negative effects of circadian misalignment.”

• “…with Tresiba + a rapid-acting insulin for meals, we no longer worry about timing of insulin versus adjustment to changing shift schedules.”

• “I have found that switching to Tresiba as the basal insulin works great for shift workers since it does not have to be taken [at the] same time every day. Meal time is not as concerning and no changes usually need to be made.”

• “As a certified pump trainer for over 17 years, I find the alternate basal pattern an awesome feature. Takes work and time to decipher needs but has been great. Used with everyone from a nuclear power plant engineer to medical personnel. The person has to be paying attention to flip the pattern but it can work nicely.“

• “As a RD CDE for over 35 years in the South with mill workers, I have had success with setting their rest basal rates and working basal rates to be the focus. So what they would run at night, I have them run when they are asleep. Also agree with the person who had them eat consistent carb and protein every 4-5 hours when they are awake.”

• “My insulin pump basal amount is set specifically for the requirement of my basal needs. So, in other words, during the daytime, my insulin needs are quite different than at nighttime, when I am sleeping. If I was awake (with nighttime basal amounts) during the time I usually sleep, my blood glucose would be high and, conversely, the opposite would be true as well. If I was asleep with my pump set for daytime insulin, my blood glucose would be too low.

“Furthermore, my prescribing physician and I determine my basal insulin needs on patterns derived over time. Consequently, analyzing patterns required for my basal amount on inconsistent data would be quite difficult with shift work. Certainly if I chose to do this, at least in my case, achieving and maintaining tight control would most likely be near impossible.”

• “The biggest change to accommodate shift work is to lower the basals during active work, when both mother and baby are consuming glucose. Clearly this is easier to do with a pump, but we often have to change Lantus for NPH (shorter action) so we can target the increased insulin resistance times and not push glucose low during active periods.”

• “I care for pregnant women on pumps (and long-acting insulins), many of whom are nurses and physicians who do strings of PMs and nights. During pregnancy, the ‘dawn effect’ and progressively intense insulin resistance from 4 a.m. to 8 a.m. results in a tripling of the basal over the course of gestation, whereas the basals between 9 p.m. and 4 a.m. are very stable. As the baby gets larger, there is an increasing tendency for hypoglycemia at 11 a.m. and 5 p.m. and 3 a.m., requiring either snacking or decreased basal or both. These patterns are largely sustained even on PMs and nights.”

“The literature is sparse, which perpetuates the problem in regards to finding a best practice. The patients that I have that do the best are the ones that keep their days and nights on the same schedule. This is very challenging because of hormone release that affects appetite, stress, etc. Most of my patients struggle but I encourage them to pack the same foods for a night shift as they would for a day shift and attempt to eat at intervals similar to the day shift. As I said, it is quite challenging, but the patients that can do this do very well.”

“Many years ago, I represented a USPS worker with Type I. He was assigned to rotating shifts, but was requesting a single daytime shift to control his blood sugars. His treating physician supported his request, but an examining physician did not. Unfortunately, there were two other physicians who had examined him as a part of a worker’s compensation claim who also did not support his request. They were never disclosed as experts in his ADA case, but their reports were allowed to cross the treating physician who admitted, when confronted with the two reports, that if my client was really strict and observant in testing and eating, he could probably work rotating shifts. Also undisclosed until days before trial were surveillance films (the U.S. attorney truthfully said he knew of none, but just before trial, the worker’s comp people gave him the films, and the judge let them in). Those films showed him doing yard work and loading cardboard boxes into his pickup truck. Although I got past S/J due to the combination of the two (I believe) evidence errors by the court, the jury found against him. I recall there was an agreement if we did not appeal, the USPS would not seek costs, e.g., expert witness fees, etc.”

As one can see, there are a number of approaches to this common problem. If you have a different solution, please feel free to send it to the American Diabetes Association Legal Advocacy listserv (HCPLEGALADVOCACY@LIST.DIABETES.ORG). Even better — join us in fighting for fair employment for people with diabetes by going to www.diabetes.org/patientrights and signing up.