Coping with type 1 diabetes can be difficult. However, knowing others are out there experiencing the same challenges can make the road ahead a little less lonely.

In that spirit, Diabetes Self-Management has picked 21 blogs either by or written about those with type 1 diabetes. Did we miss your favorite blog? Let us know!

Nerdy April is not your typical type 1 diabetes blog. It’s author, April Blackwell, is a wife, mother, aerospace engineer, NASA Flight Controller and astronaut hopeful. Yes, she really is a rocket scientist. April invites readers into her fascinating world — at one point in her career she was flying experimental Army helicopters — providing a behind-the-scenes look at what life is like for someone with type 1 diabetes, who also happens to work at NASA.

Pull up a seat at the Diabetic’s Corner Booth, Mike Hoskins’ irreverent and candid blog. Launched in 2007, this blog is a peek inside the everyday life of its author — a 40-something husband, dog owner, journalist, movie buff and “huge fan of coffee and conversation.” Relatable and down-to-earth, this blog lives up to its name.

Kelly Kunik is tackling type 1 diabetes with a healthy dose of humor. An advocate and writer, Kunik says her “busted pancreas” has become her greatest strength and biggest passion. She is the daughter, sister, niece, cousin and aunt of someone with type 1 diabetes. Sadly, she lost a sister, Debbie, to complications from diabetes in 1991. Follow along as Kunik chronicles her advocacy efforts with humor and style in the face of adversity.

4. Stick With It Sugar

Stick With It Sugar is written in a breezy, encouraging tone by Christina, a mother of three children who were all diagnosed with type 1 diabetes before age 12. Her posts are musings on parenting, advocacy work and “babblings about life with diabetes experienced from a mom’s point of view.” In fact, Christina recently returned to blogging. On post — “Where Did Everyone Go?” — ponders why many of her fellow diabetes bloggers have stopped writing.

Heartfelt and engaging, the award-winning Our Diabetic Life is written by Meri Schumacher, mother to four boys, three of whom have type 1 diabetes. She shares her family’s hopes in posts that show there is light at the end of the tunnel for others with type 1 diabetes. From worrying about her son’s numbers on the CGM to overcoming her husband’s passing, Meri writes Our Diabetic Life with an inviting sense of honesty.

Scott K. Johnson was diagnosed with type 1 diabetes in 1980, but started journaling about his life with the condition for friends and family only in 2000. He started Scott’s Diabetes blog in 2004 for the world at large. One of the first to join diabetes online community (DOC), Scott is frequently cited as having one of the best blogs around. Casual yet informative, this blog features his travels, reviews, tips and musings — all with a focus on gratitude and support.

‘Type 1 Writes is a thoughtful blog by Frank Sita, a 20-year-old Australian who was diagnosed with type 1 diabetes in 2010. Currently a freelance writer and student, Frank shares clinic visits, the ups and downs of blood sugar monitoring, making important decisions regarding his health and much more. A talented writer, Frank sometimes writes articles that read more like short stories than blog posts.

Scott Benner, father, husband and author of “Life is Short, Laundry Is Eternal: Confessions of a Stay-At-Home Dad,” writes that Arden’s Day, is an “honest, transparent and not always pretty” blog about his daughter. Arden was diagnosed with type 1 diabetes as a 2-year-old in 2006. Scott launched Arden’s Day in 2007 hoping that it might help parents like himself. Scott provides stories about treating type 1 diabetes, news, technology updates and much more. Thoughtfully written and beautifully designed, this is one blog you spend some time checking out.

JDRF ambassador and Diabetes UK volunteer Ellie Huckle started My Bitter Sweet Life With Type 1 Diabetes in June 2009 as a 15-year-old. Ellie, who is now 22, shares her frustrations living with type 1 on her blog. Living in London, she also hopes to tell people what it’s like to live with type 1 diabetes, especially as a young adult. In a recent post, she reflects on the past 10 years and how being an advocate has changed her life.

Father, actor, producer and advocate Tom Karlya has been active in diabetes causes since 1992. That year, his daughter, Kaitlyn, was diagnosed with type 1 diabetes at the age of 2. His son Ron was diagnosed with type 1 diabetes in 2009 at the age of 13. He’s written the award-winning Diabetes Dad blog over the past 10 years while serving in a variety of high-profile roles, including vice president of the Diabetes Research Institute Foundation. This is one well-regarded blog.

Professional and thorough, Diabetes Stories is written by Riva Greenberg, a leading expert on flourishing with diabetes. While her blog covers issues related to diabetes (not just type 1), it made our list for the wide variety of news, notes, encouragement and uplifting stories she includes from around the world. It won the 2015 Lecture Award for diabetes education and advocacy by the International Diabetes Federation World Congress.

A mother of two and volunteer with Diabetes Ireland, Gráinne Flynn was diagnosed with type 1 diabetes in 1993 as a 20-year-old. At the time, she says diabetes education didn’t exist in Ireland, her home. For six years she admits to “coasting” when it came to managing her diabetes. Then she met her husband. “He asked where I could find information about my diabetes because he wanted me around for a long, long time,” says Flynn. She writes about facing type 1 diabetes with honesty and humor.

Leighann Calentine’s diabetes story began in 2008 after her 3-year-old daughter was diagnosed with type 1 diabetes. Since then Leighann has gathered together resources she wishes she had access to at the start of her family’s journey. D-Mom Blog is informative and features a variety of resources such as common diabetes terms, snack foods (including carb counts), dining out and much more.

Tim Brand started the Bleedingfinger Blog in 2011 after two of his four children were diagnosed with type 1 diabetes. One, Audi, was diagnosed at age 3 in 2009 and another, Riss, was diagnosed in 2011. He says the second diagnosis completely changed his family’s mission. The overwhelming positive response the blog created caught him by surprise. Earnest and thoughtful, Bleedingfinger Blog doesn’t shy away from the difficulties of managing type 1 diabetes.

Diabetogenic, by Renza Scibilia, is for anyone who wants to learn more about the reality of someone living a “somewhat” mundane life with type 1 diabetes. With healthy doses of wit and wisdom, Renza’s blog is intended for those living with diabetes, parents of kids who have diabetes and anyone else looking for a glimpse into the life of someone handling the disease gracefully.

16. T1D and Gluten-Free / Living With Type 1 Diabetes and Celiac

Written by the mother 14-year-old girl who has type 1 diabetes and celiac disease, T1D and Gluten-Free comes with a disclaimer: “Warning: If you read this blog you may learn more than you ever cared to know about both.” The double diagnosis arrived in 2013 and since then the family has been going about its daily activities with insulin, diabetic supplies and plenty of gluten-free snacks in tow. This blog showcases the balancing act one family undertakes while caring for a child with two challenging autoimmune conditions.

Unfortunately, Kerri Morrone Sparling generally stopped posting to her blog, Six Until Me, in May 2019. It’s too bad, really, because she wrote with clarity and compassion about motherhood and life as someone with type 1 diabetes. Diagnosed in 1986, she writes that she was the only diabetic she knew for a long time. In 2005 she launched her blog “because I was tired of Googling ‘diabetes’ and coming up with little more than a list of complications and frightening stories.” She was one of the first of a handful to start blogging about diabetes in the mid-2000s. Now, she says she’s looking forward to a new chapter and is still writing for her new blog, Small Stories.

Mike LeBlanc’s blog is about much more than being a parent of a child with type 1 diabetes. And while his posts do touch on that, it isn’t that sole focus of his writing. LeBlanc writes with raw honesty about serious medical and mental health issues he’s worked through and continues to work through, all while maintaining a sense of hope.

This blog, written by a mother of three boys, one of whom has type 1 diabetes, is conversational and fun, offering a glimpse into the life of an active Australian family. The anonymous author notes that: “In 2013 I became a mum to type 1 diabetes too! It’s not my disease but it figures big in my life. I want my child to be all he can be and live a wonderful life with type 1 diabetes.”

A Sweet Grace is named for Grace, a now 16-year-old who was diagnosed with type 1 diabetes in 2009 at the age of 6. Grace’s mother, Penny, started blogging that same year and recently looked back on the last decade, marveling at how much her daughter has accomplished. “So, to the 6-year-old Grace, who I thought was shattered by this diagnosis and would never do the things she wanted to…I want to say something. You should see her now. She’s glorious.”

Karen Graffeo received her type 1 diabetes diagnosis in 1979 as an 11-year-old. In. 2008, she started her blog, Bitter-Sweet Diabetes, where she writes about her struggles in managing the disease. However, her blog’s tagline sums up well the tone of Bitter-Sweet: “Life with diabetes isn’t all bad.” Graffeo hasn’t posted since 2017, but there’s plenty of material to comb through until she returns. 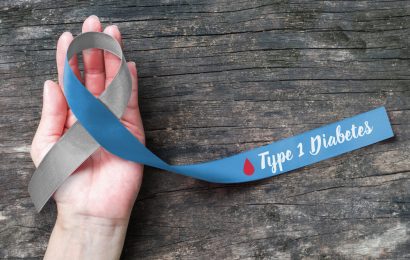 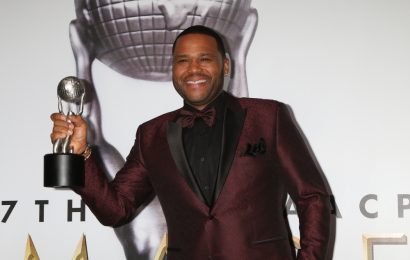 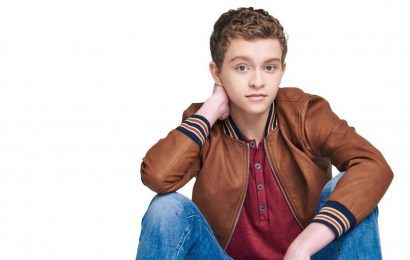 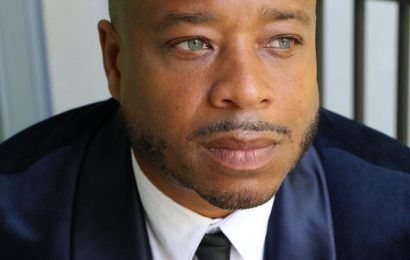