As our romance flourished, I waited to hear those all-important three little words.

Those were not the words I was expecting — but they made just as big an impression. Tony, now my husband, had Type 1 diabetes and had been insulin dependent since childhood.

His honest and thoughtful admission caught me by surprise. A nurse by training, I had not noticed any typical diabetes tools. I was full of questions, all of which demonstrated my ignorance.

He pragmatically said he had had 35 years since his diagnosis at age 13 to learn discretion. I knew about the long-term health concerns related to sustained high blood sugar levels in diabetes: retinopathy, neuropathy, and nephropathy. Yet he did not have these. He wore glasses only for reading and was extremely athletic. His healthy appearance belied any stereotypes I had about how one with diabetes should look or act.

“My life is a constant calculation,” he replied. “I have to think about everything I eat, drink and do in order to stay healthy.”

He was smiling at me. “You look so serious. I hope this does not upset you.”

I had nothing to be upset about. He was the one who had endured a lifetime of rigorously planning meals, exercise, social activities, and work around his blood sugar. That took incredible discipline. My demeanor reflected my shame of not appreciating my good health and for letting inconsequential events affect my mood. For Tony, diabetes had transformed a passive attitude about health to an extreme focus on maintaining it. He was highly sensitive to his internal chemistry, blood sugar levels and nervous system responses. Diabetes may have imposed rigid parameters, but it did not control his life. He emanated health and happiness, while I could be devastated over a three-pound weight gain.

Sharing his health history not only educated me, but also clarified many misconceptions I previously held about Type 1 diabetes. For one, I thought it primarily was inherited and very rare that Tony developed it without any family history. According to ABCnews.com, if you have one first-degree relative with Type 1, your risk of developing it is 10 to 15 times higher. But the risk still is low. So, while the average person might have a one in 200 chance of developing Type 1, a child with a Type 1 parent might have a one in 10 to 20 chance.

Despite all the medical information available, I had much to learn about how Tony’s environment affected his diabetes. Anxiety, sadness, and fatigue can cause blood sugar to elevate or drop, and my emotional responses (to his symptoms) could stress him out as much as his own. Emotions were a challenge to regulate, but our relationship depended on it.

Tony grew up in a typical middle-class British family; military father, homemaker mother, older sister. He had a single-minded focus on achieving his goals. From an early age, he knew what he wanted to do — join the Royal Navy, like his father, and become a physical fitness instructor. He was obsessed with sports, running, and playing field hockey and golf. He also spent hours planning extensive obstacle courses in his back yard.

Tony’s diagnosis was swift and alarming. One day he was playing field hockey with his father; the next, he was hospitalized with a mysterious condition that caused him excessive thirst, urination, and weight loss, despite voracious hunger.

Tony was poked, prodded and tested continuously, so he was both sad and relieved when he overheard the conversation between the doctors and his parents that transformed him from healthy to ill with a one-word diagnosis: diabetes.

How does one adequately explain diabetes to a 13 year old? His father tried to replace the doctor’s clinical explanation with simpler terms. He explained that Tony’s pancreas had stopped making insulin to regulate his blood sugar, and that he would have to give himself insulin shots and change his diet for the rest of his life.

Tony then asked the one question his father dreaded. “Dad, can I still be in the navy like you?” The answer was truthful. “I am so sorry son, but you cannot.” Tears coursed silently down Tony’s face, but he refused to cry out. His father had to excuse himself to hide his own tears.

Tony was devastated. And he was angry that he had diabetes. And he wanted to go home. When the night nurses came in to give him his injection, she told him that before he could go home, he had to make sure his sugar was stabilized and be able to give himself his injection.

The next morning, he had his mother buy oranges, and they both practiced giving injections. He practiced injections until his fingers cramped; he successfully gave his first insulin injection several days later — he looked the night nurse straight in the eye and instructed her to call his mother so he could go home. She explained that it was not that simple, that he had to be fully stabilized to leave, which usually took several weeks.

He began sobbing uncontrollably, screaming, “You promised.” The nurse had to call his mother to come calm him, which required her to take two buses. That was his first and last emotional outburst due to his diabetes.

The word “stabilized” described the optimal state of his condition. So when his sugar went high, he would walk laps around the ward. And when it went low, he had sugar cubes on hand. He refused any assistance with injections and was soon managing the schedule on his own. A record-breaking 10 days after admission, Tony was released from the hospital.

If the hospital was the sprint, coming home and dealing with drastic lifestyle changes was the marathon. This was the diabetes of yesteryear — there was no rapid insulin or quick blood sugar testing. Glucose was tested by urinating in a cup, adding a preservative and reading against a color chart. Insulin injections were given daily with a large steel needle. Meals were timed with military precision, with no room for error. And his diet was bland and balanced. While his friends were playing soccer and eating candy, he was weighing food in the nurse’s office and eating 30 minutes before his class ate to comply with meal schedules. It was isolating. But he wanted to be healthy, and he was never going back to the hospital, so there was no complaining.

Every moment of Tony’s life has been calculated. That changed his personality. He has never lost his inherently happy nature, but his life decisions became more methodical. It even influenced his career choice to become a marine engineer, which requires methodical calculation.

But because of my reactions to Tony’s diabetes, our relationship almost ended before it could flourish. When you marry someone with diabetes, you marry all aspects of symptoms and lifestyle management. My medical background both helped and hindered this. As a nurse, I felt compassion for my patients, but their illnesses did not personally affect me. In the early days of our marriage, I viewed my husband as a patient; any symptom he exhibited would send me into a tailspin.

Once, during a stressful work deadline, his sugar was high for several hours. Instead of staying calm, I began to cry and called my parents (a doctor and nurse) to discuss the situation. I expected Tony to be pleased by my concern, but instead he left, angry and embarrassed. I thought he was being selfish, but he felt I had treated him as an invalid instead of a man. He felt responsible for my anxiety, which created guilt. He then began to withhold information to prevent my concern. He feared my reaction, and I resented his silence — creating distance between us.

It took a stern lecture from my father to open my eyes to how my reactions were causing Tony stress. I began listening when Tony said he could manage his blood sugar and diabetes without family consultation. I kept my panic to myself when he had brief proteinuria that resolved within a month. I held his hand through the eye injections that stopped a small retinal hemorrhage. Eventually, I developed a healthy respect for, but not fear of, his diabetes.

Love does not conquer diabetes. But a loving, trusting, supportive partner can extend and improve quality of life for many happy years.

Return to Diabetes and Marriage 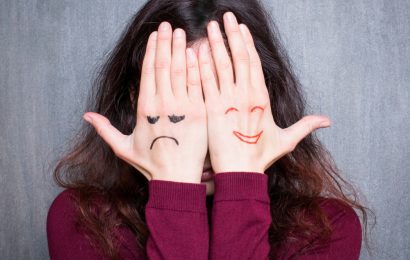 Type 1 diabetes may be a physiological condition, but it comes with an emotional impact that should never be underestimated… 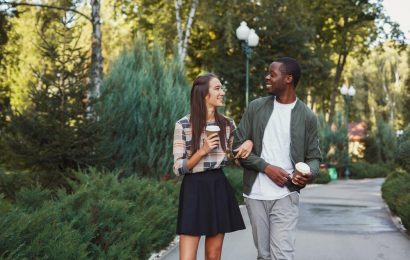 With a little extra planning and a bit of honesty, dating with diabetes can be worth the effort. Get our tips for finding love… 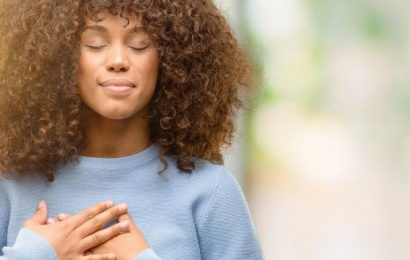 It may seem counterintuitive to feel grateful when managing diabetes. However, practicing gratitude can help you cope with and manage your condition better… 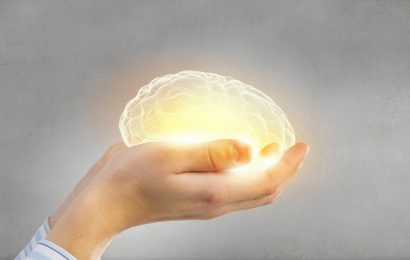 Like staying healthy with diabetes, staying mentally fit is another important step for your overall well-being…