One was a 62-year-old man named Anthony who has Type 2 diabetes. Anthony’s wife likes him to take a 45-minute walks after dinner. “It’s good for him to help him lose weight,” she said. “But he keeps getting low on the way home. I give him extra food, but it just defeats the whole purpose. Maybe we should give it up.”

The other was a teenage girl, Liz, whose father expressed concern over how her diabetes was affecting her swimming performance. “We need her blood sugars tight when she competes,” he said. “Trouble is, she goes low during practice, so we give her extra carbs. Then she goes way up high for the meets, so she gets tired and doesn’t swim well. And if we cover the high, she winds up low during the night or even the next day. Up and down. Up and down.” Thus goes the cycle.

Most of the time, physical activity lowers blood glucose levels. With increased activity, muscle cells become much more sensitive to insulin (whether it is insulin your body produces or insulin that you inject). This enhanced insulin sensitivity may continue for many hours after exercising, depending on the extent of the activity. The more intense and the more prolonged the activity, the longer and greater the enhancement in insulin sensitivity.

Occasionally, physical activity raises blood glucose levels. Some forms of physical activity, most notably high-intensity, short-duration exercises and competitive sports, can produce a short-term rise in blood glucose levels followed by a delayed drop. This is due primarily to the stress hormone production, or “adrenaline rush,” that accompanies these kinds of activities.

Let’s take a look at aerobic and anaerobic activities in greater detail.

Most common activities, such as yardwork, cleaning, shopping, filing, playing, sex, and anything else that requires using your muscles for more than a few minutes, as well as aerobic exercise (activities performed at a moderate level for 20 minutes or more) will promote a blood glucose drop due to enhanced insulin sensitivity and accelerated glucose consumption by muscle cells. To prevent low blood glucose, a person can reduce his dose of insulin or other blood-glucose-lowering medicines, increase his carbohydrate intake, or do a combination of both.

When adjusting mealtime insulin doses for exercise, both the dose you take to cover the food and any additional units you take to “correct” a high blood glucose reading need to be reduced. To accomplish this, I like to use an “activity multiplier.” Essentially, this means that you calculate your mealtime insulin dose as usual (based on the food you plan to eat and your current blood glucose level), then multiply the dose by a number that results in a lower dose. (For specific multipliers, see “Adjusting Premeal Insulin for Activity”.)

For example, if I take a leisurely 20-minute bike ride after dinner (which I consider a low-intensity activity), I multiply my dinner insulin dose by 0.90, which reduces the dose by 10%. If I plan a much more intense 90-minute ride up and down hills (which I consider a high-intensity activity), I would multiply my dinner dose by 0.50, which reduces my dose by 50%.

What about Anthony, whose wife likes to take him out for those 45-minute, moderate-intensity walks? If Anthony takes rapid-acting insulin at dinner, he should try multiplying his usual dose by 0.67, which will reduce it by 33%. Not only will this help him avoid hypoglycemia, but it will also enable him to lose more weight since excess insulin tends to promote weight gain.

If Anthony took oral medicines for his diabetes, he might need to reduce or eliminate the dose. Only certain drugs can cause hypoglycemia. Those that do not have the potential to cause hypoglycemia should not be changed.

Medicines that can cause hypoglycemia include the following:

Medicines that typically do not cause hypoglycemia include the following:

If you take a medicine that can cause hypoglycemia, it is usually recommended that you take your usual dose with your first couple of exercise sessions and see what happens. If your blood glucose drops below 80 mg/dl during or after exercise, reducing or eliminating the medicine might be in your best interest. Check with your doctor before making this type of change on your own.

Under certain conditions, eating extra food is necessary to prevent hypoglycemia during exercise. For example, if you are going to exercise before or between meals, reducing your premeal insulin at the last meal you eat before exercising would only serve to drive your pre-workout blood glucose level very high. A better approach would be to take your normal insulin dose at the meal, then have a snack before exercising. If you engage in unexpected exercise soon after you take your usual insulin or other medicine, snacking will be your only option for preventing hypoglycemia. Also, during long-duration endurance activities, hourly snacks, in addition to reducing insulin or other medicines, may be necessary for preventing hypoglycemia.

The size of the snack you choose depends on the duration and intensity of your workout. The harder and longer your muscles are working, the more carbohydrate you will need to eat to maintain your blood glucose level in target range. The size of your snack also depends on your body size: The bigger you are, the more fuel you burn while exercising, and the more carbohydrate you need.

There is no way of knowing exactly how much you will need, but the chart “Carbohydrate Needed per Hour of Activity,” should show you some safe starting points. To use the chart, find your approximate body weight and look down the list to find the intensity of your exercise. The number in the column represents the grams of carbohydrate that you will need per hour of activity. If you will be exercising for half an hour, consume half the amount before your activity. If you will be exercising for two hours, consume the full amount at the beginning of each hour.
The best way to determine the optimal size and frequency of your snacks is to check your blood glucose before and after the activity. If it holds steady, you have found the magical amount of carbohydrate for your activity. If it rises, cut back on the amount of carbohydrate. If it drops, add some more grams of carbohydrate or eat more frequently the next time.

As mentioned previously, it is not unusual to experience a rise in blood glucose at the onset of high-intensity, short-duration exercise. This is caused by a surge of stress hormones that accompanies such activities. Exercises that often produce a short-term blood glucose rise include the following:

Liz, mentioned earlier, was experiencing this exact problem. During swim practices, her blood glucose would drop steadily, requiring extra snacks. But swim meets caused just the opposite effect. Her blood glucose would rise sharply during swim meets due to the stress and competitive nature of the events, and this would hinder her performance. Once she eliminated snacks before meets and instead started taking a little extra insulin beforehand, her blood glucose levels stayed closer to normal and her performance went to a whole new level. In her first meet trying this approach, she set a personal record and took second place in the 50-meter freestyle!

To determine how much extra rapid-acting insulin to take before a competitive event or any other activity that tends to raise blood glucose, consider how much your blood glucose normally rises during the activity. If it goes up 200 mg/dl and your sensitivity factor is 50 mg/dl per unit (meaning that your blood glucose level drops 50 “points” per unit of insulin), you would normally need to take 4 units to prevent the rise. However, if you take your normal 4 units before exercise, you might pass out. (Remember that physical activity makes your insulin more potent.) Instead, take half the amount you would normally take. Give it about half an hour before your activity so that it will keep your blood glucose level from being too high when the activity begins.

In Liz’s case, her blood glucose normally rises about 150 points during a meet, and her usual insulin sensitivity is 25 points per unit. Instead of taking 6 units of insulin before the meet, she takes 3 units.

If you are nervous about giving insulin before exercise, check your blood glucose level more often than usual (perhaps every half-hour or so), and have glucose tablets or some other form of carbohydrate nearby. With some experience, you will develop greater confidence and have the ability to fine-tune your pre-exercise doses.

Ever finish a workout with a terrific blood glucose level only to go low several hours later or overnight? Many aerobic activities (particularly those that are long or intense) and most anaerobic exercises cause blood glucose levels to drop several hours later. This phenomenon is called delayed-onset hypoglycemia. There are two reasons this occurs. One is the prolonged, enhanced sensitivity of muscle cells to insulin following activity. The other is the need for muscle cells to replenish their own energy stores following exhaustive exercise. Muscle cells store glucose in a storage form called glycogen.

Delayed-onset hypoglycemia is unique to each individual. The best way to deal with it is to keep records of when it happens (after what types of activities? how many hours later?) and then make adjustments to prevent it. For example, Liz tends to drop low in the middle of the night following her two-hour evening practices. To prevent this, she lowered her pump’s basal insulin delivery by 40% for eight hours following her practices. People who take injections can lower their intermediate- or long-acting insulin by 20% to 25% following intense exercise. Another option for people who take insulin or an oral medicine that can cause hypoglycemia is to have an extra snack before the time their blood glucose level tends to drop. Ideally, the snack should contain carbohydrate-containing foods with low glycemic index values (meaning they are digested relatively slowly). Examples include whole fruit, milk, yogurt, peanut butter, pasta, and chocolate. (Finally, a therapeutic application for chocolate!)

Think before you stink

Exercise and other daily activities are meant to be enjoyed. Managing your blood glucose levels effectively during and after physical activity will ensure that you feel good, stay safe, and perform your best. Hey, it even worked for Anthony. Not only is he walking after dinner without developing low blood glucose, he seems to actually enjoy it now. Just don’t tell his wife! 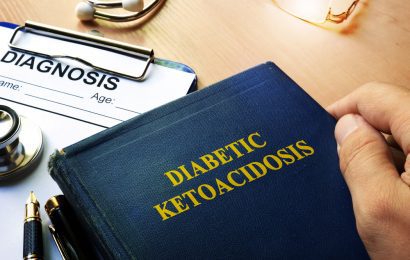 It’s hard enough to manage diabetes on a daily basis without having to worry about possible complications. However, one of the most serious acute complications … END_OF_DOCUMENT_TOKEN_TO_BE_REPLACED 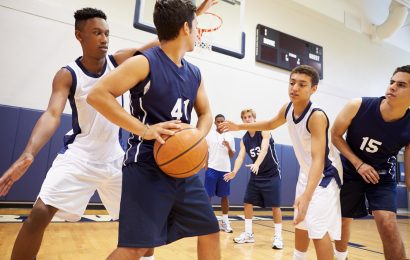 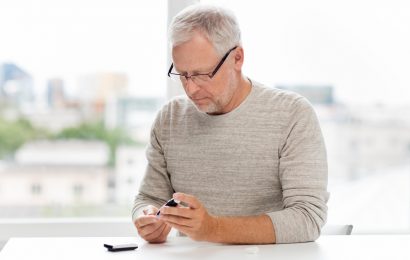 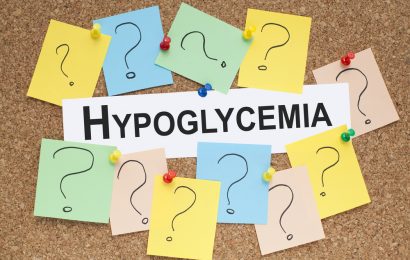