The science of insulin has advanced rapidly in recent decades so that today’s options are much more diverse and sophisticated than those available even just 30 years ago. However, although rare, it is still possible to get “bad insulin,” and it is also possible for insulin to be damaged by improper storage or handling. Since insulin is a life-saving medication, it is important to understand how to properly take care of it, to be aware of the signs of bad insulin, and to know what to do if bad insulin is suspected.

There are two things that insulin should be protected from at all times — extreme heat and extreme cold. Both ends of the spectrum will damage insulin. All insulin manufacturers and the FDA warn that if insulin is frozen, it should be discarded and replaced. Simply thawing it out won’t fix the problem.

The other end of the spectrum is extreme heat. According to ConsumerSafety.org, unopened insulin (meaning a vial or a pen that has NOT had the rubber stopper punctured by a syringe or pen needle yet) should be stored in the refrigerator, between 36-46 degrees Fahrenheit. Once opened, insulin vials should be kept in the refrigerator or at “controlled room temperature” (generally, below 86 degrees) and used within 14–28 days (follow the guidelines given with your specific insulin, as the number of days can vary from one insulin type to the next). Opened insulin pens should not be stored in the refrigerator, but should instead be stored at controlled room temperature and used within 7–28 days (depending on the type of pen you use).

If insulin is exposed to extreme heat, it should be thrown out.

What to avoid in storing insulin

So what steps should be taken to properly store and handle insulin? First, here are common things to avoid:

• Don’t put insulin into your checked bags when you fly. The part of the plane where the passengers sit is climate-controlled, so it’s kept within a normal temperature range. However, the cargo hold where checked bags go is exposed to ambient temperature — it is frigid at 30,000 feet and can easily freeze insulin.

• Don’t leave your insulin in the car for long periods. In the summer months, your insulin will bake in the heat. In extremely cold winter months, it could freeze.

How to properly store insulin

Here are some steps to ensure insulin isn’t damaged by the extreme highs and lows of the weather:

• Keep your current, opened insulin in a cool pack in summer. There are packs specifically designed for insulin, and they’re not expensive. Some types use an interior pouch that activates when soaked in water, which is great for travel. These will generally stay cool (not cold, but well within that “controlled room temperature” range) for a solid 24–48 hours before needing to be “re-activated” with another 5-minute soak.

• Keep your unopened insulin in the refrigerator.

• If you’re out and about in summer, don’t put your insulin in a place that will be in the direct sunlight, such as the top of a bag. Even with a cool pack, the direct summer sun can really heat things up, so keeping it wrapped in a towel and in the interior of your bag or briefcase can help.

• Protect your insulin in extreme winter weather, too. Wrapping the insulin in a towel and keeping it in the interior of your bag or briefcase can be helpful.

If you’re seeing sudden surging high blood glucose readings when you start a new vial or pen and you can rule out dietary changes, changes in activity level, and/or changes in stress level, you may have bad insulin. Call your doctor for advice, and call the manufacturer so they can replace the insulin.

Want to learn more about insulin? Read “What Does Insulin Do?” and “Insulin: What You Need to Know.”

Diabetes can be a great teacher and a source of wisdom, a force that propels our lives forward in deeply fulfilling ways. We just have to listen… 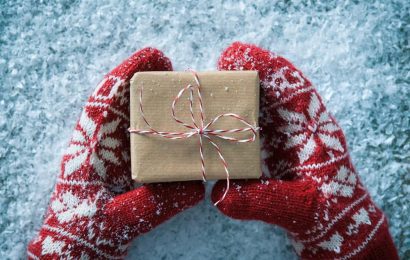 I find myself grateful for my life with diabetes because it forces me to live an examined life, and that is a gift…