A study just published in the journal Muscle & Nerve has found that sexual dysfunction is a regular complaint among patients with type 1 diabetes. The report was the work of Ana Calzada-Reyes, MD, of the Cuban Neuroscience Center in Havana, Cuba, a research center that investigates a wide range of issues, including dementia, Alzheimer’s disease, learning disorders and brain mapping, as well as the relationship of the nervous system and diabetes.

It’s been reported for a few years that men with type 1 diabetes can suffer from erectile dysfunction, but Calzada-Reyes’s study was one of the first to explore the mechanisms of the condition. In her research she examined the nerves that lie on the floor of the pelvis and focused especially on what is known as the bulbocavernosus reflex (BCR). The BCR is a contraction of the bulbocavernosus muscle ─ a muscle that in both men and women runs between the anus and the genitals (the area that is known as the perineum), and neurologists employ measurements of the BCR to diagnose underlying neurogenic disorders in erectile dysfunction. Calzada-Reyes also studied the working of the pudendal nerve because it’s the main nerve of the perineum and is crucial to the action of the BRC.

Calzada-Reyes studied the BCR and the operation of the pudendal nerve in 62 patients with type 1 diabetes. She found that 71% of them had abnormalities and another 21% had what she described as “clinical manifestations,” which are not abnormalities per se, but possible indications of one. She also examined her patients using needle electromyography (EMG), a test used to ascertain nerve dysfunction and problems in signal transmission between nerves and muscles. With EMG, she reported abnormalities in 92% of the subjects.

As Calzada-Reyes concluded, “Sexual dysfunction is a common complication in diabetic patients,” and she noted that combining the patient’s medical history with the kind of neuropsychological testing she used can “provide a more accurate prognosis” — that is, it can enable the physician to more precisely predict the patient’s chances of improvement and to recommend possible methods of treatment.

A freelance writer and editor based in the Chicago area, Gustaitis has a degree in journalism from Columbia University.

We all know that getting a good night’s sleep is important to our health, and that includes the health of people with diabetes…

The World Health Organization (WHO), an agency of the United Nations, has just announced a pilot program aimed at increasing the supply of insulin worldwide… 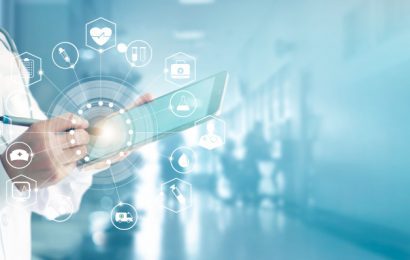