For decades, researchers have been trying to develop insulin that can be taken as a pill, rather than by injection. It’s a difficult task, as the amount of time that has passed suggests — but one that would benefit potentially millions of people with diabetes. And it’s looking increasingly likely that an insulin pill will be commercially available in just a few years.

Unlike most drugs that people take by mouth — which consist of small molecules — insulin is a hormone, a very large protein. If you swallow insulin, your digestive system treats it like any other protein that you consume, breaking it down into smaller components (known as amino acids) before those components are passed into your bloodstream.

So swallowing normal insulin is, essentially, useless. But researchers have come up with ways to protect insulin molecules from your digestive system, so that they can pass through your intestine into your bloodstream unharmed. And a few of these approaches have recently shown signs of success.

Patient trial at centers across the country

In May 2018, a New York–based company called Oramed began a 90-day trial involving 240 participants with Type 2 diabetes at locations throughout the United States, according to a company press release.

The trial was designed to test different regimens of the company’s oral insulin pill, to see what combination of doses does the best job of lowering HbA1c (a measure of long-term blood glucose control). An earlier 28-day, 180-person trial already showed that the company’s pill was safe and could lower blood glucose levels, the company notes.

According to Oramed CEO Nadav Kidron, the company’s oral insulin formulation is potentially superior to injected insulin not just because it requires no needles, but because it “provides a more efficient and safer platform for delivering insulin by mimicking the body’s natural process of insulin going directly to the liver, rather than via the bloodstream.”

Kidron explains that because injected insulin circulates freely in the bloodstream, it has the potential to result in too much glucose being stored in fat and muscle tissue, which may lead to weight gain. Oral insulin that selectively targets the liver has the potential to offer better blood glucose control with less weight gain, and may give doctors an opportunity to prescribe insulin earlier in the course of Type 2 diabetes.

Another approach to developing oral insulin has been shown to lower blood glucose levels in rats, according to a study published in the July 2018 issue of the journal Proceedings of the National Academy of Sciences.

Researchers at Harvard University’s Wyss Institute and John A. Paulson School of Engineering and Applied Sciences (SEAS) developed an insulin formulation containing a liquid known as CAGE (choline and geranate) ionic liquid. In the latest study, CAGE was shown to protect insulin from digestive enzymes and help it penetrate the intestinal wall. Rats that were fed moderate doses of insulin-CAGE showed sustained reductions in blood glucose, with levels falling by up to 45 percent.

Oral insulin faces “a challenging obstacle course before it can be effectively absorbed into the bloodstream,” notes Samir Mitragotri, PhD, the study’s senior author and a professor of bioengineering, in a press release. “Our approach is like a Swiss Army knife, where one pill has tools for addressing each of the obstacles that are encountered,” he adds.

The next step for insulin-CAGE, says Mitragotri, is more animal studies to look at potential toxicity and how much of the formulation reaches the active stage in the body. Eventually, human trials should follow, which would require approval from the U.S. Food and Drug Administration (FDA). But since the main ingredients in CAGE are already considered safe, Mitragotri is optimistic about this approval.

Ultimately, how many of these products become available to people with diabetes will depend on both trial outcomes and financial considerations. If one formulation reaches the market first and becomes highly successful, competitors may receive an influx of investment to make their products available as quickly as possible.

But if oral insulin proves to be plagued by safety or reliability concerns — either before or after reaching the market — then it’s possible that investment in the concept will stall, and a long wait may be in order. The high-profile commercial failures of several inhaled insulin products in recent years show how this might happen.

For the moment, all that people with diabetes and their doctors can do is stay tuned.

Want to learn more about insulin? Read “What Does Insulin Do?” “Types of Insulin,” and “Insulin: What You Need to Know.”

A new study shows a relationship between a pregnant woman’s gluten intake and her child’s later risk of developing Type 1 diabetes. Should gluten be restricted during pregnancy?

A recent study of mice shows that a single dose of antibiotics early on can raise the risk of diabetes. What does this mean for you? 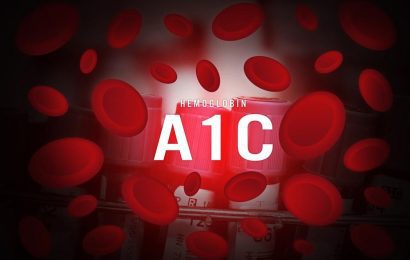