Since its first medical use in 1922, insulin has been the main treatment for type 1 diabetes — and in many cases, it’s the only drug or agent given to help with blood glucose control. Another drug, pramlintide (Symlin), is approved for type 1 diabetes to help lower blood glucose as an adjunct to insulin, but many doctors aren’t familiar with it and don’t prescribe it.

And although there has been research suggesting that the type 2 diabetes drug metformin has potential benefits for type 1, it’s not approved for type 1 by the U.S. Food and Drug Administration (FDA). Earlier this year, the FDA also rejected approval of two different drugs — sotagliflozin and dapagliflozin — for type 1, in contrast to their approval by the European Commission for this use in the spring .

Despite these recent disappointments, there’s hope that a new study will show promise in adding drugs to insulin therapy for type 1 diabetes. The Triple Therapy in T1DM (TTT1) trial, which is currently recruiting participants, is a joint effort between research teams at the State University of New York at Buffalo and the University of Glasgow in Scotland. It bills itself as the “single most advanced drug-based study to date in type 1 diabetes,” as noted in a press release from JDRF, which is one of the organizations funding the study.

The trial will compare three different courses of treatment for type 1: standard insulin therapy alone, insulin plus semaglutide (a drug approved for type 2), and insulin plus semaglutide and dapagliflozin (which is also approved for type 2). The hope is that the triple combination treatment will help safely reduce HbA1c (a measure of long-term blood glucose control) to below 7% in the majority of participants, something that insulin therapy alone hasn’t been shown to do in the majority of the broader type 1 population.

“Both dapagliflozin and semaglutide are likely to reduce unpredictable fluctuations in blood glucose levels, thus providing a greater sense of security for people with type 1 diabetes, substantially improving their quality of life,” says lead researcher John Petrie, a professor at the University of Glasgow, in the press release. “And since these drugs have benefits for the heart and can also induce weight loss, there may be additional advantages of this drug combination, which would be very positive for those with the condition.”

Researchers expect the study to be completed in May 2022.

A freelance health writer and editor based in Wisconsin, Phillips has a degree in government from Harvard University. He writes on a variety of topics, but is especially interested in the intersection of health and public policy. 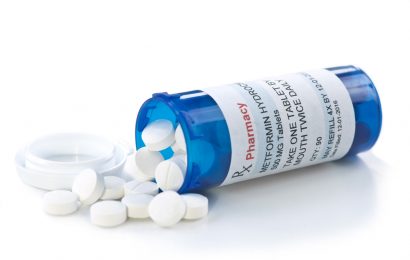 This type 2 diabetes drug, made by various manufacturers, is the latest to come under scrutiny for a common contaminant…