With today’s congressional hearings, conversations on insulin are heating up. Insulin prices have more than tripled in the last ten years. According to Science Daily, more money is now spent on insulin than on all other diabetes drugs combined.

Prices are up for a number of reasons, including that newer, more expensive insulins have replaced older, lower-priced ones. If you’re one of the millions of people using this life-saving drug, here are some ways to save without compromising your diabetes treatment.

Or see a similar one on the NeedyMeds website

Patients without prescription drug coverage can contact the Partnership for Prescription Assistance or RxHope.

Diabetes educator Laurie Klipfel, RN, MSN, BD-ANP, CDE, says insulin coupons may be available at several sites, such as RxPharmacyCoupons.com or GoodRx, which also searches for discounts for your meds.

Speaking to Diabetes in Control, Klipfel also suggested asking your physician for samples if your need is urgent. Also think of asking your diabetes educator to ask pharmacy reps for samples, or of switching to cheaper insulins.

Buying cheaper insulin
Most insulin prescriptions in the U.S. are for new higher-priced insulin analogs. These insulin analogs are significantly more expensive than the older human insulins.

Analogs are better in some ways than older insulins. Basal insulin is typically taken in one shot a day, and rapid-acting analogs are taken with meals. Older long-term insulin was usually N (also known as NPH), taken twice a day. Mealtime insulin was Regular (R), taken a half hour before meals.

NPH carries a greater risk of low blood sugars (hypos), because it peaks at 4–6 hours and lasts about 12 hours, and sometimes you won’t have food in your system at the right times. Analog basals have far lower peaks, so have less risk of hypos. With them, you can aim for tighter control and still be safe.

Likewise, Regular insulin takes longer to get going than rapid-acting, and it lasts longer. So there’s a risk of going high at the beginning or low if food doesn’t come when it’s supposed to, or if you don’t eat enough.

However, doctors at the University of Washington suggest in an opinion piece that the advantage of newer insulins is mostly a matter of convenience. You can inject fewer times a day with them, but they do not appear to lower blood sugar (HbA1c) levels, at least in people with Type 2 diabetes.

“Therefore…it makes sense to prescribe older, cheaper insulins to some patients, particularly those with high deductibles and copays in their health insurance plans,” according to a summary of the piece.

If you want to switch from analog basal insulin once a day to human NPH twice a day, or from rapid-acting to Regular, there will be a learning curve. You’ll need to work with a diabetes educator or other health professional on dosing, meal planning, and preventing hypos. But these problems can be worked out for most people.

Human insulins are available at stores such as Walmart without a prescription.

Animal insulins (beef and pork) are even cheaper, and almost as good as human insulin, but they are not generally available in the U.S. If you live in Canada, the UK, India, or some other countries, this could be an option.

Richard Bernstein, author of Dr. Bernstein’s Diabetes Solution, reduced his own insulin use significantly by going on a very-low-carb diet (like 30 grams a day). He teaches this to patients and you can see dozens of comments by readers whose insulin use went way down or stopped (for those with Type 2) on his diet.

Exercise burns glucose and helps it get into cells, reducing your need for insulin.

Plant medicine
For many people, bitter melon fruit, tea, or capsules gets glucose out of the blood into the cells like insulin does. You can read about it here and here.

However, no medicine works for all. You’ll have to see how bitter melon works for you. If you’re Type 1, you will certainly still need some insulin.

Other plants such as aloe vera, cinnamon, okra, and many more might lower your need for insulin.

When it comes to health, we can plan our choices ahead of time, and then simply reach for what we have made available for ourselves. Bookmark DiabetesSelfManagement.com and tune in tomorrow to learn more.

At the 2019 ADA Scientific Sessions, Dr. Dan Drucker of the University of Toronto reported the most important scientific advances of the last year in diabetes…

Curious about what was on display at the recent ADA 2019 Scientific Sessions? Check out some of our top product picks from the Exhibition Hall…

Studies have found that nuts have a wide variety of benefits for people with diabetes, including reduced heart disease and death… 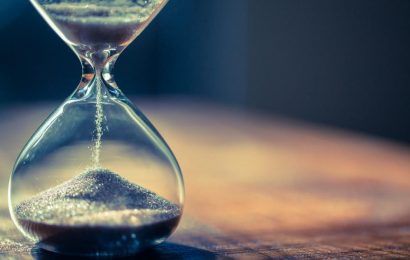 What is the biggest obstacle in effectively managing your diabetes? According to one study, “Not enough time.” Learn how to save time managing diabetes…