Halloween — the very word can send a shiver up the spines of children and parents alike, albeit for very different reasons. While the kids are probably looking forward to costumes and trick-or-treating, the parents are likely more concerned about the vast quantities of sugar their kids are going to amass and what it’s going to do to their blood glucose control. As the parent of a child with diabetes, you may be wondering how to approach this holiday. What do the medical experts advise? What do other parents do? What would your child like to do? For tips on how to approach Halloween, as well as answers to these questions, we asked medical professionals, parents of children with diabetes, and adults who were diagnosed as youngsters for their opinions and advice on celebrating All Hallows’ Eve.

Getting into the spirit

As with many things in life, much of the excitement of Halloween comes from the anticipation and preparation leading up to the day. Planning a party, choosing or creating a costume, picking out a pumpkin and carving a jack-o’-lantern, or making arrangements for a visit to a haunted house or a hayride are all good ways to get into the Halloween spirit. Susan Shaw, diagnosed with diabetes as a child, says that she “would encourage families to have rituals to celebrate Halloween that include carving the pumpkin, toasting and eating the pumpkin seeds, and bobbing for apples.” This way, she explains, everyone can join in the festivities, and no special arrangements need to be made for the child with diabetes.

Putting together a costume can be fun for everyone in the days leading up to Halloween. Although Kerri Morrone Sparling, diagnosed with Type 1 diabetes at age 6, remembers the candy from Halloweens past, recollections of the treats don’t hold a candle to her fond memories of the costumes. Your child may enjoy taking a trip to the store to select a costume or, for a more creative touch, gathering materials to create a homemade costume.

Trick-or-treating is an important part of the Halloween experience, and everyone we talked to agreed that a child with diabetes should not be denied the opportunity to engage in the same activities as the other kids in the family. Indeed, as Allison Nimlos, diagnosed with Type 1 diabetes at age 8, points out, the walking involved in this activity provides a healthy dose of exercise (and it may even make taking extra insulin for a small treat unnecessary).

Once the candy has been collected, there are a number of ways to handle the booty. Penny, mother of a young boy with diabetes, allows her son to pick out a few pieces of candy to eat when he gets home from trick-or-treating, covering the extra carbohydrate with a bolus from his insulin pump. He also gets a piece or two of candy for dessert several nights a week for one or two weeks, at which point any candy left over is thrown away. According to Penny, “I guess it would be a problem if Riley wanted to eat a ton of candy at one time. But for now, he’s satisfied if he gets a small piece of candy after supper.”

Since candy is high in sugar (and sometimes fat) but devoid of most other nutrients, this can be a good approach for siblings without diabetes, too. Kevin McMahon, CEO of diabetes technology company Diabetech, has two daughters, one with diabetes and one without. After trick-or-treating, both girls choose a handful of their favorite sweets and then barter the remaining candy for a special prize such as a trip to the zoo. According to McMahon, “The girls don’t seem to mind, and they’ve bought into the fact that sweets aren’t the best choice anyway, whether you have diabetes or not.”

The use of carbohydrate counting should make it possible to incorporate occasional treats into your child’s meal plan with just a little extra planning. One option is to serve the candy instead of another carbohydrate-containing food, so the total amount of carbohydrate in the meal stays the same. (Consuming consistent amounts of carbohydrate from one day to the next can help with overall blood glucose control.) A second option is to adjust the premeal insulin dose according to how much carbohydrate will be eaten.

According to certified diabetes educator Gary Scheiner, if you opt to let your child have part of his candy haul, “you can manage blood glucose levels if you administer the right amounts of insulin at the right times. There is nothing about having diabetes per se that should force kids to not eat things that their peers are eating.”

Eating some candy can even be a good opportunity for teaching your child to take a more independent role in his diabetes management. According to Stephen Ponder, a physician and certified diabetes educator with Type 1 diabetes, partaking of the spoils of trick-or-treating “can be an opportunity for kids to learn some practical aspects of carbohydrate counting.” He added, however, that candy should not be a dietary staple, and he supported the idea of keeping a few pieces of Halloween candy to work into a child’s meal plan and throwing out the rest.

Parents of children who have celiac disease (an intolerance to gluten, the protein in wheat, barley, rye, and possibly oats) may also need to call companies to confirm whether candy is gluten free or encourage older children to start learning how to collect this information.

Bear in mind that the spoils of trick-or-treating should not be made available for continuous snacking. As noted by Scheiner, “‘Grazing’ tends to produce a prolonged post-meal high since the meal is virtually nonstop.” Instead, a piece or two of candy should be incorporated as dessert after a meal or as a snack, which can be covered by a bolus of insulin. For kids who don’t use an insulin pump, including treats in a meal or a regularly scheduled snack also limits the number of extra injections that may be needed to cover candy eaten at other times.

Pediatric nurse practitioner Jean Roemer supports the idea of allowing your child to pick 10 or so favorite candies from the bag and offers another suggestion for what to do with the rest: Auction it off to family members for spending money.

No matter which approach you take, one thing that is important is to make sure that your child with diabetes does not feel singled out. As Kelly Kunik, diagnosed with diabetes on Halloween at age 8, recalls, “We didn’t have carb counting back when I was diagnosed. My first night in the hospital, all the other kids were trick-or-treating, but I wanted no part of the special diabetes candy.” (It is worth noting that sugar-free versions of candy often contain more carbohydrate than their regular counterparts.) And according to Morrone Sparling, “It’s important to let the child with diabetes know that he isn’t ‘banned’ from treats, just that it requires a little extra planning and patience.”

We’re having a party

For parents who seek an alternative to trick-or-treating, a party, complete with Halloween-themed decorations and games, may be a good option. The following activities can get any party off to a spooky start:

For more Halloween-themed games, type “Halloween party games” into an Internet search engine such as Google.

Be sure to keep an eye on your child’s blood glucose levels if he is playing a game that requires a fair amount of physical activity: Getting more exercise than usual can lead to lower-than-expected blood glucose. On the other end of the spectrum, some children may experience very high blood glucose if they get scared by a particularly convincing costume or display at a haunted house.

Having a spooktacular time

There are as many ways to healthfully celebrate Halloween with diabetes as there are ghosts, ghouls, and goblins afoot on All Hallows’ Eve. By planning ahead and including your child in any decision-making, you can ensure a heck of a good time for everyone on Halloween. Just don’t forget to brush teeth and floss if there’s candy involved.

When should I check my blood or urine for ketones? 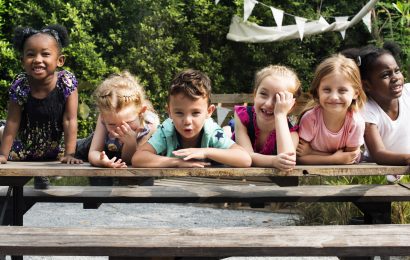 Parenting is difficult enough, but raising a child with diabetes has its own unique demands. Get our tips for parenting kids with diabetes… 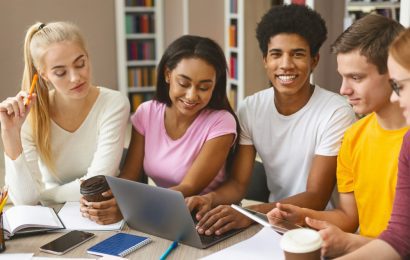 New to college and living with type 1 diabetes? These tips will help you feel confident in your diabetes management so you can focus on your academics and enjoy your college years… 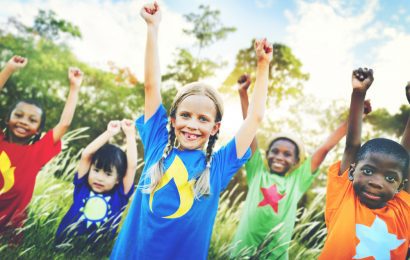 Kids with type 1 diabetes are among the 200,000 young people living with T1D the U.S. In this series, we ask kids about friends, new tech, and more… 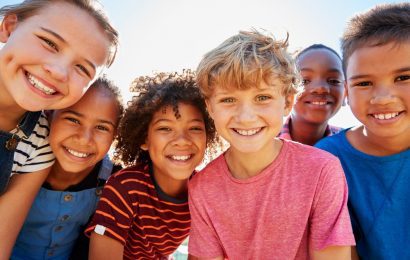 Diabetes Self-Management can inform you about all aspects of living with diabetes. Learn about the basics of diabetes, kids & diabetes, and more.